However, after a sequence of events over the last few months, I have been inclined to give this notion some serious credence.

Does MS have a specific smell, detectable by a suitably sensitive odour detector?

I know that dogs, and even humans with a good sense of smell, can detect Parkinson’s Disease in its early stages.

Furthermore, Parkinson’s is a brain disorder but, so is multiple sclerosis.

“Grandpa, you smell!” was an exclamation uttered by my darling granddaughter. The dear child was at an age where tact and diplomacy were unknown concepts, so I paid little heed.

However, a couple of days later I awoke and noticed a particularly sickly, sweet smell from my bed. I notified the domestic authorities (my wife) and the bed linen was duly changed.

Problem solved. But, not the mystery.

This would have been the end of the matter had the delightful granddaughter not persisted with her assertions. And, had not the smelly bed re-appeared the following week.

The idea of the sweet smell of MS appeared to have enough evidence to start doing some serious research.

Furthermore, if Grandpa really did smell, he was determined to get to the bottom of the matter.

The Sweet Smell of MS (You smell sick)

The scientific American points out that being alive is a smelly business. Our bodies are constantly releasing chemicals as the by-product of the processes going on in our bodies.

Indeed, research has been going on for years into the idea that animals can differentiate between sick and healthy people with their noses. And, electronic devices have been developed that can detect volatile compounds to pick out healthy or diseased tissue samples.

The research has studied a number of diseases including stomach, lung, breast and pancreatic cancers, cirrhosis and tuberculosis.

However, recognising a change of smell is a start but, attributing this to a specific disease is quite another.

The Sweet Smell of being Sick

Scientists have discovered that many illnesses have a particular smell.

The exciting part of this discovery is hoping that by collating these smells, we can identify diseases, in their early course, that are otherwise very difficult to detect.

We may be sceptical that the human sense of smell could detect these faint aromas. But, anyone working with olfactory senses could probably be taught to recognise specific “sick smells”.

The sign and smell of sickness will disgust many people. This is a normal evolutionary reaction. Sickness could be harmful to us, so we automatically give it a wide berth.

The million-dollar question is why do sick people smell differently?

Our bodies are constantly emitting volatile substances. These substances are carried on our breath and exude from every pore in our skin. This chemical emission varies depending on age, diet and illness. An illness can throw our finely balanced chemical factories (bodies) off balance.

Human bodies emit hundreds of volatile organic compounds, all contributing to our unique body odour. Illness will change these chemicals and thereby our scent.

This is not an insult, it is a scientifically proven fact. Sickness and disease can release a variety of smells and a variety of responses. Depending on the situation the smell of sickness may bring out the caring nurse in us. Alternatively, the smell of disease will have us running for the hills to avoid contagion.

People’s bodily smells change when they are sick or becoming sick because the immune system is working hard to fight the disease. Different diseases emit different smells. Upper respiratory system illnesses tend to produce bad breath as infected mucus collects at the back of the throat.

In evolutionary terms, olfaction or smell is the oldest of our senses. However, it receives far less attention than hearing or vision.

We tend not to give too much importance to our sense of smell. Which is perhaps not surprising given that we navigate more by sight and sound.

By the sense of smell, we can recognize the peculiar perspiration of many diseases, which has an important bearing on their identification.

From an evolutionary standpoint, avoiding contagions by smelling sick individuals is a distinct advantage.

Funky breath or stinky armpits can happen to anyone, at any age.

While bad breath and body odour can be unpleasant, they are usually quite normal.

However, these conditions can signal deeper health problems.

It’s normal for your breath to smell a little in the morning, especially if you sleep with your mouth open. Bacteria thrive in a dry mouth and they may make compounds containing sulphur. Sulphur can smell like rotten eggs or onion.

If you can’t clear this bad breath by brushing your teeth or rinsing with mouthwash, you may have other health problems. Prolonged exposure to bacteria can cause tooth decay or gum disease. Both are smelly conditions and may signal time to visit the dentist.

Serious problems with your health, like diabetes, can produce bad breath.

Furthermore, compounds that are transported by the blood system can be released through your sweat glands.

Science Focus has produced a useful comparison table of diseases and their associated smells.

You may be savouring the aroma of a delicious meal, appreciating a fragrant flower or tracking down a gas leak. Our sense of smell is important to us but, some people with multiple sclerosis (MS) cannot detect any of these smells.

Research has shown that the problem is in the MS brain. More specifically, the blame fell on lesions in the sensory processing areas.

Another survey documents demyelination and axonal loss in olfactory tissue.

Researchers from Oxford University examined, at autopsy, the brain and olfactory tissue from individuals presenting with a number of demyelinating diseases. The chosen people had suffred from Multiple Sclerosis (MS), acute disseminated encephalomyelitis (ADEM), and neuromyelitis optica (NMO).

The team observed myelin loss accompanied by axonal loss and signs of inflammation in the olfactory tissue in roughly 75% of the cases. The changes were most extensive in those who had presented with MS.

Recent studies have shown that, given time, some diseases result in an identifiable odour, emanating from different points on the body, in the sick individual.

However, in evolutionary terms, it would be more advantageous for the healthy individual if the innate immune system could detect the disease as the first line of defence against foreign pathogens.

The survey team activated the innate immune system in healthy individuals by injecting them with endotoxin (lipopolysaccharide). Within just a few hours, endotoxin-exposed individuals had a more aversive body odour relative to when they were exposed to a placebo.

Furthermore, this effect was statistically mediated by the individuals’ level of immune activation.

This chemosensory detection of the early innate immune response in humans represents the first experimental evidence that disease smells and supports the notion of a “behavioural immune response” that protects healthy individuals from sick ones by altering patterns of interpersonal contact.

Finally, One is satisfied that the smell granddaughter was detecting is indeed the sweet semll of MS. There has been little documentation on the smell of MS specifically but, there is ample evidence that any disease can cause changes in our bodies chemical balance.

The Sweet Smell of MS and disease odour 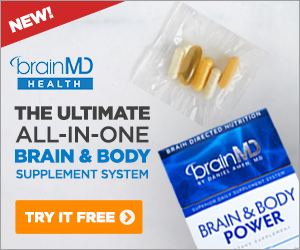 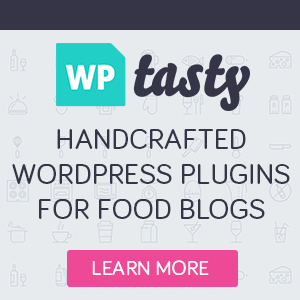 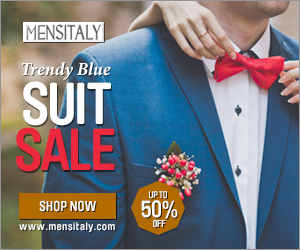